Poetic Chemistry of a Physicist

Poetic Chemistry of a Physicist

A question that sometimes drives me hazy:
am I or are the others crazy?

This mortal world knows him as Albert Einstein, a physicist, an immortal scientist. He is best-known for his ‘Special and general theories of relativity’, ‘Photoelectric effect’ ‘Nobel prize’ and so many other intellectual contributions to realize and to make this word beautiful and a better place for all. Einstein is also known for his philosophical thoughts, his laughter, his wit, his quotable quotes and his remarkable sense of humor. He is most famous personality among the children of the world. His photographs and posters are so popular and familiar for almost each literate person. His presence is a very common for common folk. His name and fame is above and away of race, religion, language and political boundaries of continents, countries and communities.

Was Albert Einstein a poet? Can we find his name in the long list of poets of the world? Answer of this type of quarry may be NO. But, he is a poet. We can remember his famous photograph with  Rabindra Nath Tagore. Though, there are various schools of thoughts to define the poetry but for people like us , poetry itself  is nothing but an art to see and show the feelings , heartfelt situations and ideas in the form , frame and even in fragmentations of verse. If we can seriously see the ‘stories’ and sayings of  this man we may be able to convince our self and others also that Einstein  was a ‘poet’. He was not a poet in the terms of poetics but the way of choosing words to incorporate an idea in a very texture of memorable sentences are enough to prove that this gem and  genius of  physics is deeply involved and indulged  in love of poetic chemistry of  almost rational ,rough and so called dry areas of scientific terrain and terminology  .

Do I believe in immortality?
No, and one life is more than enough for me!

So, let us take a look in the ‘mass and energy’ of poetry of Einstein.  An American  poet Michael R. Burch is a great lover of Einstein’s life , legends and likings. He has re- written the quotations of Einstein in the form of poetry without adding anything from his own side. These poems are ideas of a scientist and alphabetical shapes are given by a poet who loves, respects and feels him from the very core of his heart to reconstruct. In other words this companionship or what we call in Indian music ‘jugalbandi’ is notable and easy to remember. This is also an example to show that how scientific sensibility can be so simple and so satirical. Here are few samples of ‘poet’ Albert Einstein, please take a look :

Politics is for the present,
but an equation is for eternity.
Pure mathematics is, in its way,
the poetry of logical ideas.

An empty stomach
is not a good political adviser,
yet anger dwells
only in the bosom of fools,
while "common sense"
is the collection of prejudices
acquired by age eighteen. 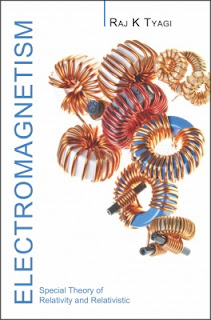 Concern for man and his fate
must always form the chief interest
of all technical endeavors.
Never forget this
in the midst of your diagrams
and equations.
Yet never over-worry
about your difficulties
in Mathematics.
I can assure you mine are still greater!

It is a miracle that curiosity
survives formal education
and yet it is the supreme art
of the teacher to awaken joy
in creative expression
and knowledge.
Still, it sometimes seems
that "education" is what remains
after one has forgotten
everything he learned in school.

If my theory of relativity is proven correct,
Germany will claim me as a German
and France will declare that I am a citizen of the world.

Should my theory prove untrue,
France will say that I am a German
and Germany will declare that I am a Jew.

(And if I could only remember the names of all these particles I'd be a botanist!)

Albert Einstein’s genius is marvelous and matchless. His sayings are so popular and used in day to day conversations of life. It makes him a scientist of our own arena and our times. He is not a stereotype scientist. He is live and lovable. I know that this book is not the book of literature, lyrics and based on a ‘lighter’ subject. This is the book of Physics and its theoretical and practical dimensions but the persona of  the great man Albert Einstein is so colorful like a rainbow on the horizon of science. Poetic presence and chemical bondage of  Einstein’s love for poetic expressions  is shared here by ‘order’ and consistent keen interest of the author of this book my learned colleague and ‘fragile’ friend Prof. Raj Kumar Tyagi. Thanks to him and very – very special thanks to you, my dear reader.